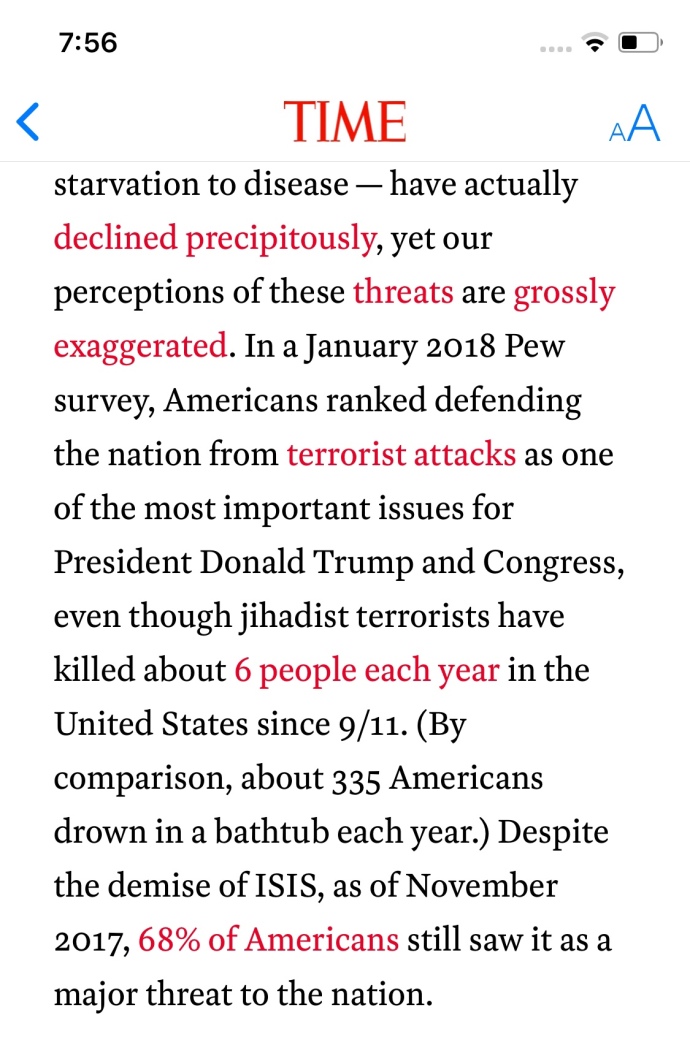 A nice article by Time, talking about 9/11 and the insecurity caused by Trump. Few points made me think to discuss something new. The term “Jihadist terrorist “ , using it is an indicator of some misunderstanding, or ignorance. The term Jihad in Islam does not mean fight, kill, or go to war. The real definition is all over the internet. Don’t chose according to what benefit you. Know what is correct and what is not. The second thing, who created ISIS? 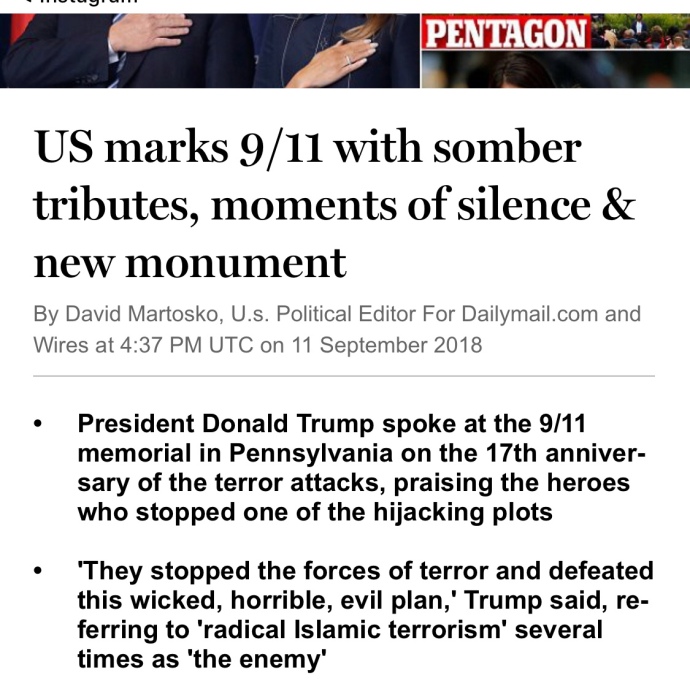 Here is an article by the Daily Mail. How ironic to know that the whole 9/11 plan was actually by the US government and affiliates. Then Trump comes with his big role, deals to end America,, refers to enemy as “radical Islamic terrorist”. Let us ask this question, put yourself in our shoe, do you accept if we say Christian terror? How racist, ignorant, evil, and idiotic is what you talk about. What if we call the one who said this a pig? 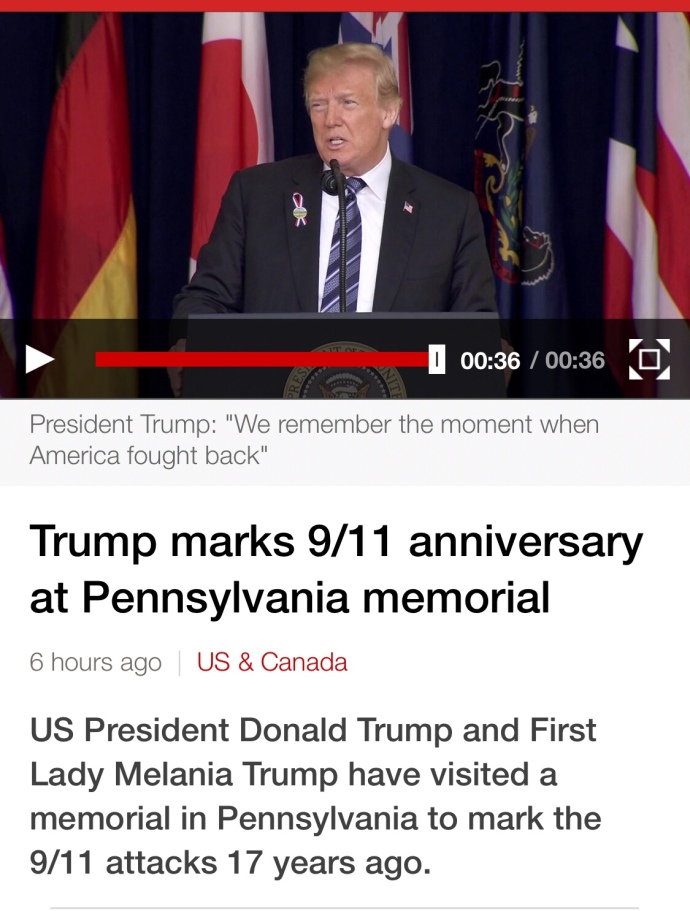 Here is an article from BBC news talking about 9/11. Words are chosen carefully and a professional level that we give all the respect. The same news from the Daily Mail made some aggression in our hearts and allowed us to call Trump as pig because my religion was insulted. Choosing terms like Jihadi attackers, Islamic terrorists and such is an indicator of ignorance, racism and bad intentions. Simply a terrorist is not a Muslim, or maybe a bad Muslim that does not follow the roles of Islam. Exactly like a Christian serial killer. Look at the words chosen by the BBC editors: foreign attack, hijackers and no religion mentioned in any line. What do you call this? A news to read. Learn from the British!

May Obama provide a complete story of the history of ISIS. You can also read from the Zionist protocols, translated in French, Arabic, and German. Original publication was made in Britain in English. It does not say ISIS by word but the purposes and reasons are explained clearly! 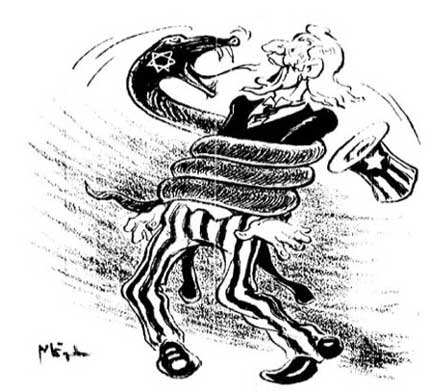 Most of us don’t like politics. In fact the politics of today is nothing but a game of chess, by evil players, resulting to harm innocent victims. However, the game is played in a clever way so people don’t feel the trouble they are in. We look around and see nothing is happening, but the truth is, they are killing you slowly, and of course this will lead to their end without them knowing. Manufacturing bad food to shorten your life, making marriage a difficult task, abortion, killing Christianity and offending Islam, lies, lies and more lies, the war everywhere. For what all of that? For few rats? Power? Ask your self, if they did that, why in the world I can not do better and stop them. It is just a twist in the mind to know that everything is possible.